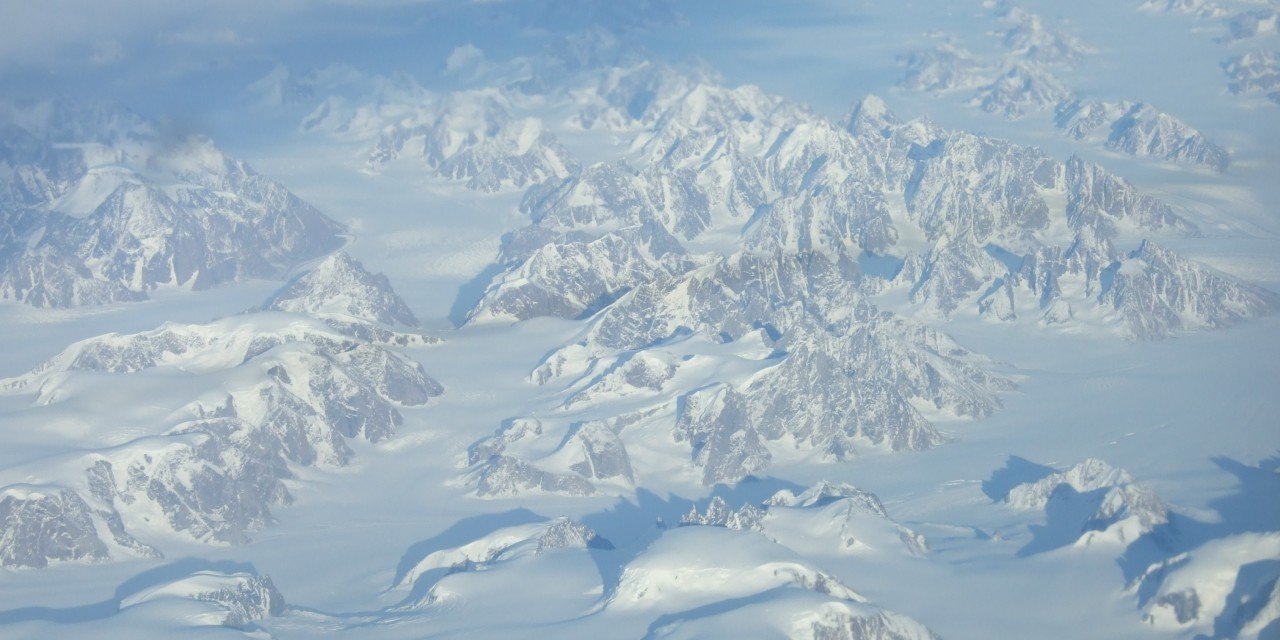 The Arctic Circle used to be an area of lush vegetation with thick forests and undergrowth. Flora all grew to a very large stature. Tropical tress such as palms and dates grew there. Fossilized coral has been found.
Animals of a wide variety such as alligators, turtles, various hippo-like animals, tarsiers, monkeys and apes were residents in the far reaches of the north. How can this be?
Continental drift is not the answer. At the current rate of drift it would take hundreds of millions of years for a continent to move such a distance. And the animals have not been around that long. Besides they would have left when the climate started to get cold. It is a ridiculous theory.
Places such as Ellesmere Island northwest of Greenland is nothing but frozen snow and ice all year long. The sun does not even come out for 6 months of the year making it impossible for plants and animals to survive. But remains of flora and fauna abound.
Positing a primeval stationary sun in the North exactly like the myths describe is the solution to this mystery. It would not only provide heat all year but give it the ultraviolet rays that would make life flourish.
For a long time this former sun wondered around in a circle above and was called the hidden god. Then at creation it issued forth a terrifying splendor of light. It radiated a purple glow and it’s rays circulated throughout the heavens.
This was the purple dawn of creation.
And the primeval sun was Saturn.
This outpouring of purple splendor was the biblical Glory of God.
The Hopi remember this as the time of dark purple light.
The Chinese recall the north center of the sky as the Purple Pole.
And they remember the abode or dwelling place of the Pole Star as the Purple Enclosure or Purple Throne.
The Polynesians say that God resided in a purple house.
Purple is the color of kings. Their long flowing purple robe is reminiscent of this former time.
Purple also denotes rank and authority in religious hierarchies.
The color of the Saturnian deity would vary slightly.
Purple which is red and blue would evolve into scarlet which is red and orange.
Scarlet is the official dress of a Cardinal. Even their hat is scarlet.
Saturn also took on a darker hue becoming blue and black.
The ancient Celtics would paint themselves a dark blue. So did the Mongols.
Deep blue is the holy color to the Maya. Also to the Japanese.
In the Old Testament the priestly vestment or ephod of the high priest was purple, blue and scarlet. Jewish belief is that these are God’s chosen colors.
Later the Saturnian sun developed into a golden yellow. Yellow which is green and orange was Saturn’s final and most prevalent color.
It is the royal color of the emperor of China.
Even today when asked to paint the sun children will instinctively paint it yellow. Even though today’s sun is not yellow.
The color varied because the electrical input into the Saturnian orb would change. The God’s new dwelling place was located right on the celestial axis which was a heavenly stream of charged particles.
Stars have suddenly changed color baffling astronomers.
Buddhist tradition disallows the wearing of purple at wedding ceremonies. For the color of purple will not last and the marriage will come to a speedy end. This belief hearkens back to the purple dawn of creation which had a limited time span.
A north polar sun is also the answer to the ice age problem. In order to have an ice age there has to be heat to cause water to evaporate and cold to cause it to freeze. Due to the electrified atmosphere from the relatively close Saturnian sphere a toroid developed that circled around the polar region. This circular ring of clouds and mist prevented light from entering. The cold caused precipitation in the form of snow and consequently ice accumulated below the circumpolar ring. This circle above the earth was the Arctic Circle. The name later got transferred to an arbitrary circular land mass in the north.
As one approached the ice ring the climate became more sub tropical. Then that environment gave way to boreal forests and grasslands of sedge and sagebrush. There were also marshes of exotic ferns and water lilies.
According to one study this was the habitat of more than 25 species of large grazing animals.
Wooly mammoths and the much more massive mastodons, musk ox, long horned bison, pony-sized horses, sandy colored antelope, caribou, Dall’s sheep, beavers as large as black bears etc.
Also buried in these once very tall primeval forests of magnolia, elm, hazel, fig, birch, alder, cypress, oak, spruce, pine, fir, cedar and redwoods are found the remains of rhinoceros, giant lizards, tortoises, salamanders, snakes, crocodiles and flying lemurs.
Also short faced bears, various species of lions and sleek scimitar cats.
Our world was once a vastly different place!