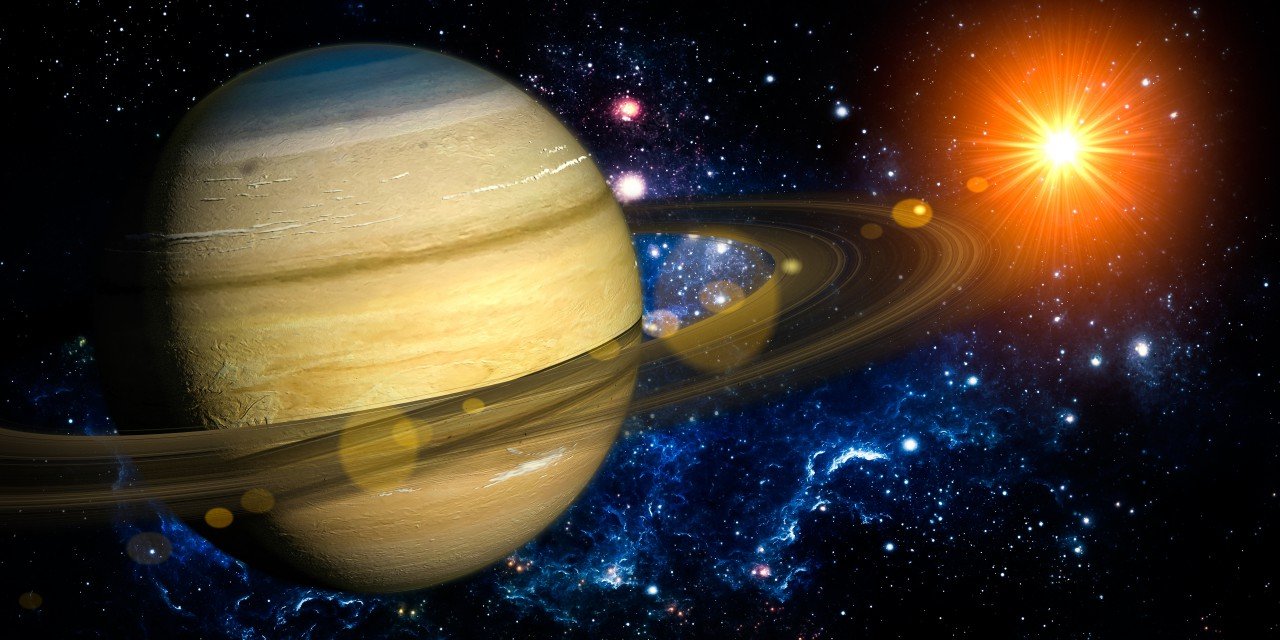 According to the Old Testament the Hebrew god Elohim created the heavens and earth which was formerly formless and void. This is the same idea in many other creation accounts. The Chinese Tao Teh Ching says Before heaven and earth formed there was a thing confusedly formed. Silent and void it stood alone – It did not change but went round and round without weary. This chaotic motion is a widespread motif and has as it’s origin the nebular cloud of Saturn.

Let there be light is also a common theme. Those exact words are in the Popul Vuh of the Mayas. Two other examples are Brahma floating on the celestial sea who “showed himself” by the shedding of light and Saturnus in the primeval ocean organizing his cosmos out of chaos.

The Bible also says that the Spirit (Wind) of Elohim was moving over the face of the deep.The Hebrew word Tehom is translated as the deep. Which means a surging mass of water. The idea of celestial waters is universal.  The Egyptian god Ra (Saturn) created the watery abyss.

The Yuma myth of creation states that: This is how it all began. There was only water. Then out of the waters arose a mist. There was no sun no moon no stars just darkness. But deep down in the waters lived Kokmaht (All Father) The Creator. He was bodiless, breathless, motionless. The waters stirred and rushed and thundered.

The Inca Creator god Kon Tiki Viracocha translates as The Foam of the Sea and lived in the high heavens.

Saturn was a faintly shining sub brown dwarf star enshrouded in darkness hovering above the Earth. As quoted in Genesis – Darkness was on the face of the deep (agitated waters).  And Elohim (Saturn) divided the light from the darkness.

The Chaos was the circumstellar disk surrounding Saturn with a fluffy, foggy or swirling foam appearance. The Spirit of the Lord or Wind was the revolving motion of these heavenly waters circling around the ancient brown dwarf star that was formerly Saturn who was the original Sun or Creator King of the ancient peoples. The Maya explicitly say it was not our current sun which showed himself and ruled in the beginning of time.

What transpired was in former times Saturn shone feebly under a mass of clouds (like a Chinese lantern) and flared up (Let there be light). This went down as Day One in creation accounts. The chaos of the watery abyss was transformed into a ring which evolved into the present series of rings around Saturn. A jet (sustained plasma discharge) emanated from it’s polar region and became known in myth as the tree of life with coiling serpents or sacred mountain (Mt. Zion) or leg. The Hebrew Saturn god Jehovah is pictured in ancient coins standing on one leg.

Vishnu reclined on the coils of a serpent asleep on the cosmic ocean before the manifestation of the world.

The idea of pre existing cosmic waters is ubiquitous around the world. This includes the Biblical account of creation where the spirit of god was moving upon the face of the waters before creation. Before the shedding of light. The face of the waters was Saturn’s formless, swirling and chaotic circumstellar disk that was barely visible in the primordial darkness.

The shedding of light was the flare-up of Saturn.

The Romans celebrated Saturnalia. They symbolically reenacted the reign of Saturn (Saturnia Regna) who presided over the lost Golden Age.  Saturday is Saturn’s day (Saturnus Dei) and it is the day of rest.  The Hebrew Sabbath, Celtic Sathairn, and Saxon Sater Daeg are more examples of cultures honoring Saturn.

This epoch was a time of abundance. Animals and humans thrived living care free and happy lives. We got all our nutritional needs from fruits. There was no need to hurt another being and we shared a close relationship with other species.

Saturn – the Great God of Beginnings – eventually receded to remote parts of the sky as the new sun usurped his power.

The Semetic God Elohim – the plural of El or Elos equivalent to the Greek Helios and the Latin Saturnus – worshipped by fanatical and not so fanatical followers around the world is the planet Saturn which was in remote times a Brown dwarf star!

Breaking on Through Past Antarctica and Beyond the Celestial Dome