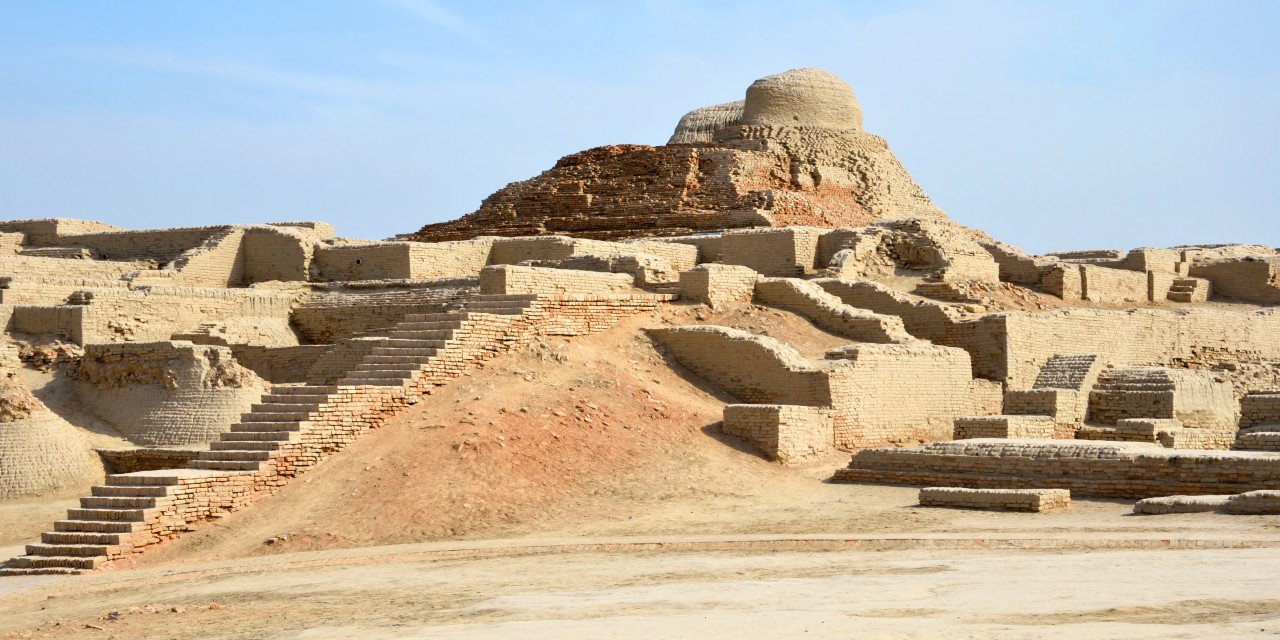 Truth really is stranger than fiction! An advanced race of giants once existed!
Old newspaper articles are replete with findings of giant skeletons.
Remains of giants have been in mounds, underground chambers and even pyramids.
They are buried with swords, axes, shields, cauldrons and even beds.
Typically these items were made of copper excavated in the Northern Michigan, mostly on Isle Royale in Lake Superior.
The skeletons reveal that these giants had huge heads, thick skulls, receding foreheads, double rows of teeth, 6 digits (like Goliath) and are usually between 7 and 14 feet tall.
They are sometimes buried in a circle with their feet towards a larger giant in the middle.
Or they are stacked one upon another.
They are also found sitting in chairs or in a flex position with their knees up to their chest.
They are found donned with copper masks, copper headdresses, copper beads or sheets of copper. Sometimes their head is removed. Buried with them are pearls, conch shells, mussel shells, items which looks like copper spools and other items that resemble arrowheads.
Iron helmets, flint pipes, stone axes, stone hammers, ivory beads, copper bracelets, copper anklets and mica ornaments are also found.
Maybe these items were for vibratory influences.
They are sometimes wrapped like mummies in precious gems and sometimes their mouths are stuffed with immense pearls.
Many are buried in pairs as to help each other in their departure.
They are also found donned with copper crowns and pearl robes.
In early America the giants were the topic of many conversations.
President Lincoln remarked how the eyes of the ancient giants once gazed upon the turbalent waters of Niagara Falls.
At the Grave Creek Mound in Moundsville, West Virginia were found two compartments.
In the upper one was found a stone tablet on which were inscribed characters that resembled ancient hieroglyphics.
At a mound in Morganville, West Virginia a nine foot skeleton was discovered.
A foot away a vault was found in which was another stone tablet.
This one became very well known and it was thought that the cuneiform writings on it would prove to be a message from an ancient race.
Because giant skeletons have been found in these mounds it is presumed that they are the ones who built them.
Of an estimated 20,000 original mounds only a few thousand are left.
In Cahokia near St. Louis there are 120 mounds with the largest one being Monks Mound which is 1000 feet high and 100 feet long.
Many of these mounds are built in the shape of animals and are called effigy mounds.
Crawford County Wisconsin has over 500 of these effigy mounds.
In Ohio the Great Serpent Mound is 1254 feet long.
In America there are ancient bridges, dams, aqueducts and canals. Did they build these also?
In the New England States but in other areas as well there are extremely old walls.
Most do not seem to be for boundaries or defense purposes.
Were they built on ley lines?
Who built them?
Early preachers included all this in their sermons basing their opinion of not only of what has been discovered but also on traditions and stories of the giants from the native tribes.
They integrated it all with Biblical themes.
Joseph Smith wrote a book about how an angel from another galaxy helped him decipher the strange writings on a gold tablet that he claimed he found.
The book is the Book of Mormon.
Mormons believe the mounds were filled with the remains of the lost tribes of Israel who they claimed came to the Americas and built the pyramids and megalithic structures that were found here.
An excavation of a megalithic wall in Rockwall, Texas (hence its’ name) found a giant skeleton in a concealed vault with a cauldron of human bones.
The discoverers thought he was having human soup!
To be sure there were carnivorous and even cannibalistic giants.
Probably a shortage of food made them resort to other means for sustenance.
There were different kinds of giants just like there are a variety of homo sapiens.
Giants were written about by the early explorers.
They even cite cities of giants.
A lot of giants became citizens of Tartaria and seem to be just regular people except they were very tall.
When Tartaria was overthrown in the early 1800’s giants became even more rare.
The reality of giants has been covered up.

The Anyox and Other Western Mines are from the Prior Civilization

Cosmic Commentaries of the Century #98